I watched an episode of Anthony Bourdain’s CNN show, Parts Unknown last night. It was on Jamaica and about where the creator of the James Bond movies lived on the island along with how a local fishing community will make way for another expensive resort. Also mentioned was the decline of the fish population all along the Caribbean. I assume global warming, tourism and coral reef habitats but I have not researched specifically.

Bourdain asks powerful questions for a mainstream travel show such as who will be the ones to enjoy these isolated paradise locations in the future? (The Wealthy) But it is not enough to talk about it. We all need to actively create alternatives to the health decline of our planet.

When you travel you (get to) behave in ways that you don’t normally do like when you are at home and that is part of the reason that makes it so fun. Sometimes you act differently to blend and respect the culture you are visiting.

One thing I got in the habit of doing while I was in South America (Peru, Brazil and Colombia) was taking plastic bags at the check out of grocery stores. What’s normal for me at home is to try hard not to take a bag. Fortunately single use plastic bags are banned in San Francisco and are on the way of being banned in the state of California altogether.

Occasionally you need a good plastic bag but most of the time it is going to go in the trash when you are done. I had a reusable sack with me but I didn’t use it. One reason for why was that I didn’t carry a bag to carry the bag with me. Going out for the day I often carried everything in my pocket or tucked in my sports bra. But the main reason I didn’t use my reusable grocery bag was to be easy at the cash register. I already was self-conscious being a foreigner and even though I tried to look Brazilian–I don’t quite pass. Then add being slow with a foreign currency…I wanted to just move along. I didn’t have the confidence to make a wave at the store. And sometimes they bag it so fast before you have a chance to say anything. I noticed it also was a thing to use a lot of plastic bags for each type of groceries.

While in Parque Tayrona in Colombia there was an effort to curb plastic bag use by handing out compostable bags at the entrance, for the most part the whole reusable bag thing had not yet hit the places I visited like it has here in Northern California where we have had a bag tariff since 2012. 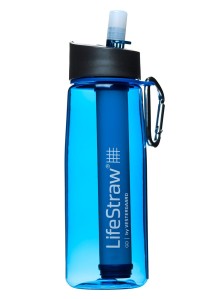 I also bought a lot of bottled water. Like everyday. I had a LifeStraw water bottle with me that filters bacteria and protozoa but I was concerned of it not being enough so I bought bottled water anyways. LifeStraw is strong enough for camping but if the water in your area doesn’t taste good, it’s not going to improve the flavor. If you are on the go, it’s also not cold and you have to carry it–which sounds whiny but when you are on the move during Carnival in Brazil or other day trips…you don’t want to keep track of a $40 water bottle. You want to be hands and backpack free (safest way to go regarding theft). You can buy cold bottled water everywhere.

So I am disappointed in myself in my continued consumerism of plastic waste. I hope I can do better next time and create even the tiniest wave.

Also must take a portable mug with me too for my cafecitos and cafezinhos. It doesn’t need to be that big—as the coffee is all terribly small.

How have you traveled with regards to these issues? Leave a comment below.