February was actually the perfect time to visit the cozy beach town of Santa Cruz, a place that I called home for eight years during the 1990’s. It was beautifully clear, quiet and there were plenty of waves and surfers.

You can travel to Santa Cruz, CA by car in one and a half hours from San Francisco. However I flew to San Jose and favoring public transit, I took a city bus to the Cal Train Depot, Diridon station. From there I took the Santa Cruz Highway 17 Express over the hill (Santa Cruz Mountains) to downtown Santa Cruz. It is easy to get to.

I stayed at the Hostelling International hostel (cute!) for $35 per night. Santa Cruz is a nice get away anytime of the year. I walked along West Cliff drive enjoying the ocean views. West Cliff drive is four miles and great for walking along the ocean.

Santa Cruz has good food and is a nice place to relax. I highly recommend both Well Within and Kiva Retreat spas. I worked at both back in the day!

Cowell’s beach and the beginning of West Cliff Drive 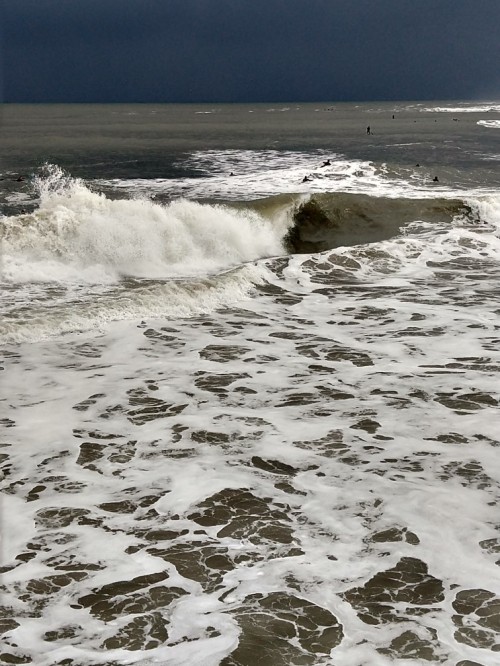 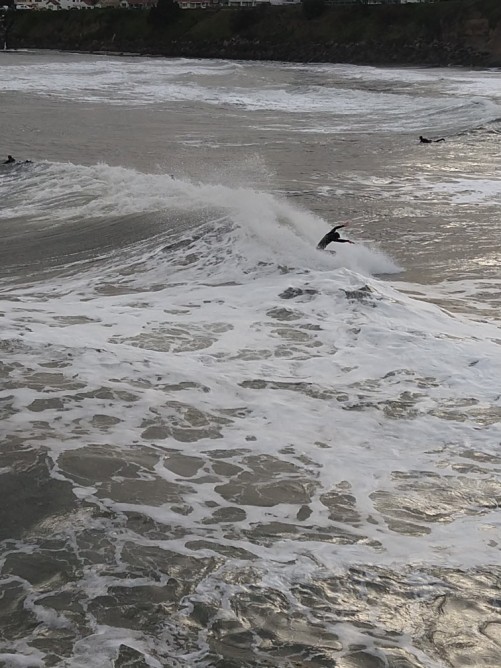 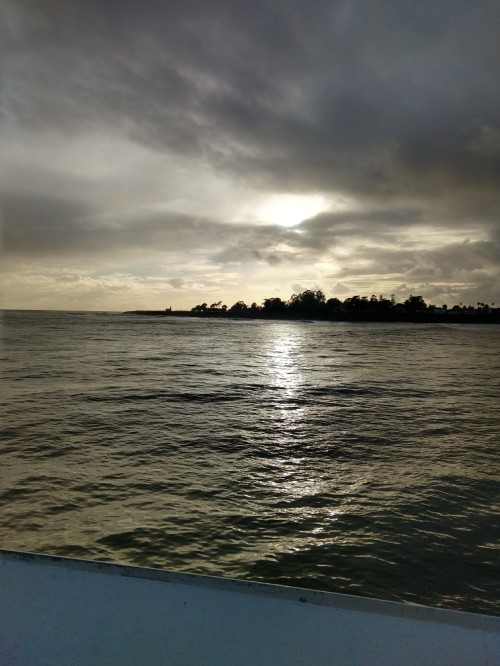 Look closely for the rainbow.

Click on the pictures below for a larger view.